The other day, reader “Fishingrod” made a post suggestion:

“… In exchange for the new things to consider, maybe you could do me a favour some day and explain in one of your articles the benefit of having sex with almost complete strangers.”

I’m going to get around to that, and I’ve been thinking about that post ever since I read that request. In the meantime, I went out last night, and upon reflection, I think the situation’s actually worse than “just” wanting to have sex with almost complete strangers.

As we’ve discussed before, there are literally hundreds of thousands of women on the NYC dating scene. You can’t “throw a rock” without hitting a chick you might like to hook up with or that you might be ABLE to hook up with. Optimally, you’ll end up in a location where you like some chick and she likes you and y’all can mutually agree to have a good time together. If that’s not the case, then the likely scenario is that you see chicks that you’re physically attracted to that either aren’t interested in you or may actually actively dislike you as a person or at least dislike your presentation or what you’re bringing to the table. This is where “worse” comes in. 🙂 Lots of people would think that “She doesn’t like me as a person” or “She’s not physically attracted to me” would be a deterrent to guys. It’s actually merely a tactical observation. The goal remains the same… to “get on”. You’re not trying to make friends… You’re trying to get laid.

The reason I’m calling this “worse” than what Fishingrod was asking about is that in the scenario of meeting someone and messing with them within hours of ever seeing them in life, at least you can say that there was some kind of lust or mutual attraction that fueled the situation. If the chick’s not into you and you’re still interested in having sex with her, the motivation’s clearly one-sided desire-fulfillment.

This is why I say these are merely tactical observations that the dating shark uses to modify his (or her) game. Actually, there are some guys that LIKE the fact that a chick doesn’t want to give him some, because it seems to pose some sort of challenge for a change. There are also guys that PREFER to kick it to women that aren’t interested, because the fun of the whole situation is changing their minds, not actually getting on.

Going off-topic for a second.. This is one of the reasons why some guys flirt incessantly with women and then never produce “the goods”. 😀 The fun of the situation is “turning them”… Moving them from “She’s not interested” to “I could have that anytime I want it”. Ironically… or perhaps paradoxically or perhaps neither… The fact that she eventually BECOMES willing to give it up removes her immediately from the list of women “of interest” for guys whose motivation is the challenge itself.

So.. Tactical observation made… The pool of women to chase is entirely based on the guy’s physical attraction to her and what she thinks about him, dating or sex is absolutely irrelevant. You’d be amazed how many women don’t understand this. They’re baffled when guys don’t back off when they tell them they’re not interested. It’s because nobody cares what you think. This is especially true for guys that are very used to rejection, because they try and try and try to get on and chicks keep rejecting them. Eventually, “She doesn’t want to have sex with me” becomes a “given”. Before you say word #1 to a chick, you’re expecting resistance and you’re expecting to outlast and overcome that resistance.

It’s all in the game.

Another aspect of the NYC game (and probably everywhere else) is that we drink… A. LOT! 😀 There are lots of women that you meet for the first time in life while they’re inebriated (and so are YOU! 😀 haha). Your best bet is to count on the fact that when they sober up, they’re either going to forget ENTIRELY that they messed with you or they’re going to have a different mental perspective about it. Originally, I didn’t understand this and took it personally. I specifically remember verbally LAMBASTING a couple of chicks that tried to pull some sort of revisionist history, buyer’s remorse garbage on me hahaha. Eventually, I realized that not only was I not dealing with the same chick I had messed with when she was drunk, but that THEY had a skewed perspective of who they really were and that they weren’t so much saying something about me, but rather about themselves. At this point, I know the drill and catalogue two different personalities for chicks, based on whether they’re inebriated or not.

This is another thing that psychologically adds to “worse”. “She hooked up with me because she was drunk” seems to be a neutral statement, but ultimately, I think it’s a negative statement. The implication is “I can have that anytime I want it, so long as she’s drunk”, as opposed to “She likes me as a person and feels naturally physically attracted to me”. It also adds to the “So what?” about what she says because regardless of what she says when she’s sober, you know you’ll be dealing with an entirely different animal once she gets drunk. So now, not only don’t you care at all what she has to say, but you know there’s no value at all in her words past her tolerance level for alcohol. 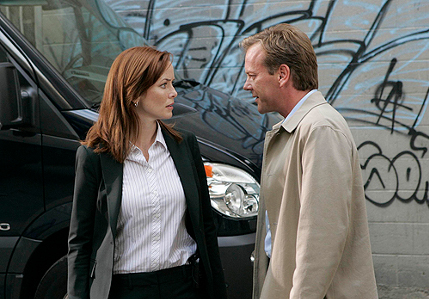 Ultimately, the bottom line is desire fulfillment. Similar to being in a war, and, yes, I’m perfectly comfortable comparing the two of them on an emotional level, not a “physical danger” level… Whatever has to be done to achieve your goal (getting laid) will be done.

This comes at a pretty high price when it comes to dealing with people. In “24”, Jack refers to people as Assets and others attempt to remind him that these “assets” are actually human beings. That’s because Jack has his eyes on the prize to the degree that he’s seeing people as being useful or not-useful for achieving his goals.

I suggest that the exact same desensitization goes on in the trenches of the dating game. For a lot of guys, chicks are assets. She has the look or she doesn’t. She’s “of interest” or she’s not. You’re willing to put in the work to pull her or you aren’t. I’m sure there are lots of women that have reached this state as well.

This isn’t a rant or complaint, it’s merely an observation based on my going out into the scene while thinking about the necessary components to answer Fishingrod’s question. It’s not only a question of “almost complete strangers” hooking up, but also people that under different circumstances might not even associate with each other or like each other as people being physically attracted to each other in the moment and doing what they do. It’s also a question of whether guys are trying to make friends or get laid (or whatever version of action they’re into). Dating in NYC is tough enough for women as it is, but I think the longer people are involved in ‘The Game’, the more it becomes not only impersonal for them, but actually intensely predatory.