So, first, I got a decent laugh out of the title, then I read some of the article:

Actress Stacey Dash, who has starred in everything from the 90′s hit Clueless to CSI, prompted a firestorm on Twitter after publicly endorsing Republican nominee Mitt Romney, and then standing by her opinion.

“Vote for Romney. The only choice for your future. @mittromney @teamromney #mittromney #VOTE #voteromney,” Dash wrote on her official Twitter page, accompanied by a photo of herself with an American flag.

So then I got some more laughs, and thought to myself “That’s nice. :)” and then went on to read some of the reactions, which were pretty HARSH, and you can click here to read them yourself, if you like. 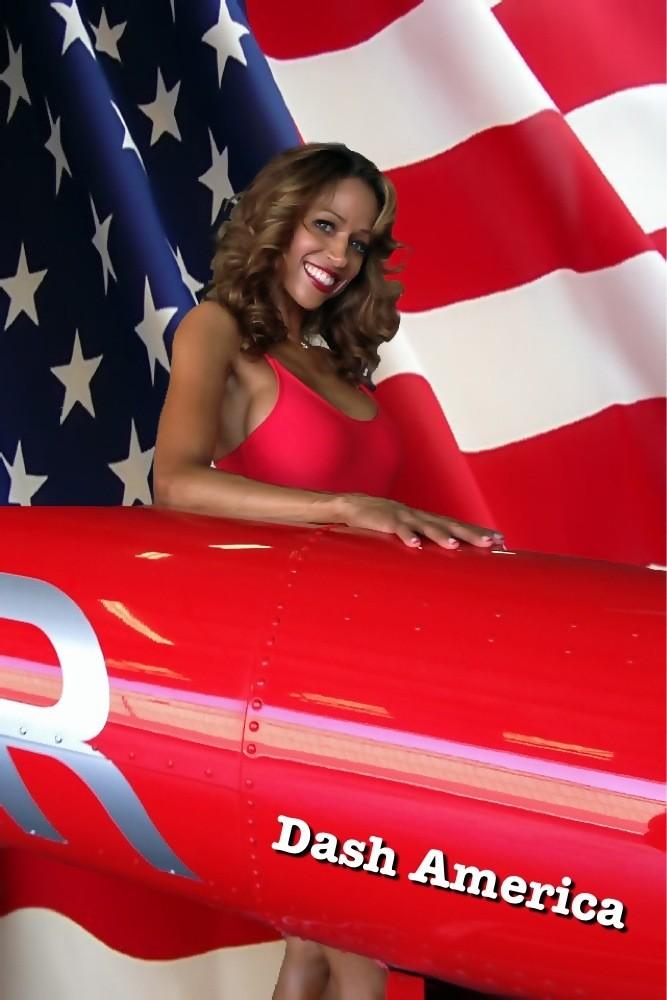 Interestingly enough, I was just discussing the topic of Sex & Politics with reader “Sally” a few days ago.

The question being whether people of differing political beliefs can successfully date each other.

I’m an Independent, so I can date any chick I feel like kickin’ it with, but let’s say for the sake of this discussion that I was a Democrat.

If I would have been kickin’ it to Stacey Dash and she would have endorsed Romney, publicly or privately, I would have said “That’s nice. :)” and tried my damnedest to tap that ass.

You know how Spike Lee said you don’t throw away a Rolls Royce because it has a dent in it.

I don’t subscribe to Playboy or Hustler.. Do they still print magazines these days? o_O .. But if I did, I’ll bet they don’t include statistics about the women’s political beliefs.

Having said that… I would think that it would be tougher for women to date across party lines, being that a lot of women need to feel some sort of mental respect for the guy they spread their legs for.

This is why guys tend to stay shut or parrot whatever she says, so as not to ruin their opportunity to get some.

You don’t want to disagree with her, or even ask her to explain why she’s a Romney fan. Don’t talk about it.. All you’re going to do is blow her high and put yourself further out from gettin’ on.

Women don’t have it that easy.. They actually want to know whether you believe what you just said.

It actually matters to them.

Republicans tend to regard Democrats with a dismissive “ahhh.. They don’t know what they’re talking about” vibe, which means you ‘might could’ still get over, on the ditzy, Keanu Reeves tip.

You know.. Like the struggling artist, who doesn’t have an actual education, yet tries to make a living by selling paintings… You can bag a Republican chick who already makes a ton of money, so the fact that you’re broke doesn’t phase her. She can play your political views off on your lack of both education and earning potential.

On the other hand.. A Democrat female might go “What did you say about birth control? o_O” and the Republican dude’s chances to hook up with her are out the window.

Fortunately.. People don’t tend to talk about anything except surface issues when they want to start dating someone.

They don’t want to talk about, for instance, how many kids each one of them want to have.

This would be a good discussion to have, because if one of them wanted 6 kids and the other one wanted 2, that’s going to be a problem after kid #2.

I think people should get all that stuff out on the table ahead of time.. Preferred sexual techniques, political affiliations, family or one-night-stand interests, exclusive or multiple-person dating scenarios…

That doesn’t happen, though, so, in dating, silence is golden… The less you say about yourself, the better your chances are of getting to the nitty-gritty.

I suppose it also makes a difference whether you intend to introduce this person to your family or not… You don’t want to be sitting around the Thanksgiving table and your S.O. says “I remember one Thanksgiving when I tried to use a steak knife to cut a block of government cheese..” and then everyone at the table gets upset at you for inviting a 47%er.

Personally, I think there are way more important issues to figure out when you want to date someone, such as whether they go to the gym and keep themselves in good physical shape, or if they smoke cigarettes and you don’t.

If you really care about someone’s political beliefs, go join a debate club.. Don’t try to date them. 🙂