Congratulations to President Barack Obama: 44th President of the United States of America, for being re-elected! 😀 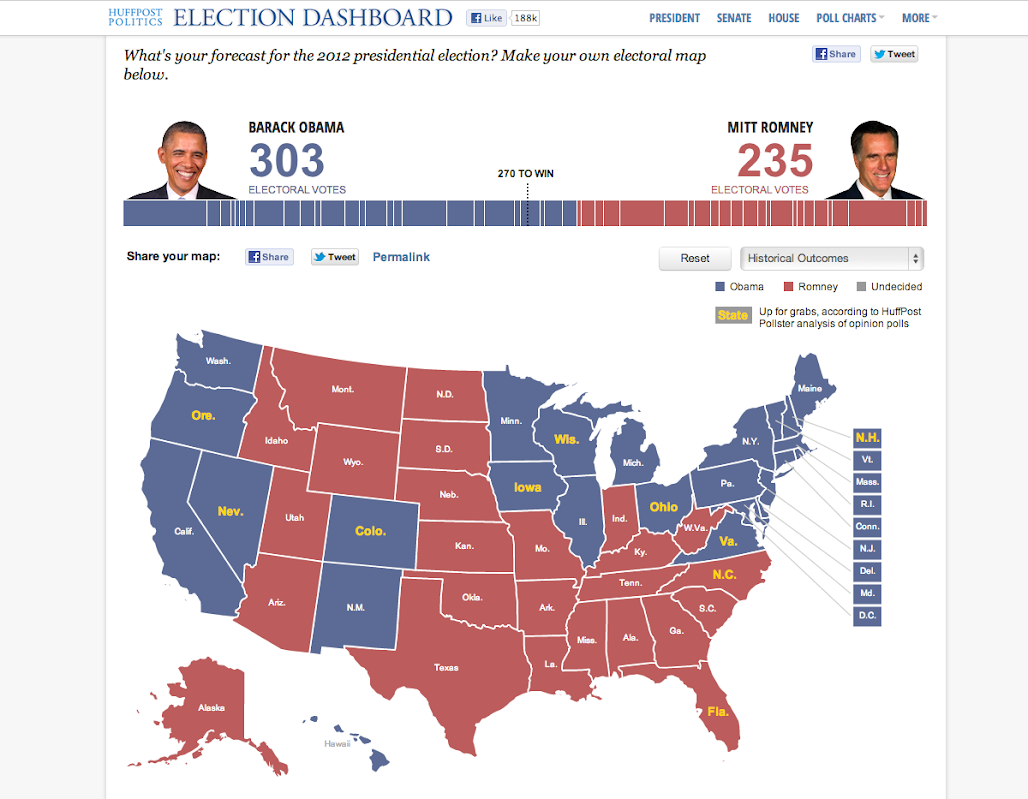 The current tally, at the time of this writing, is Obama 303, Romney 206, with Florida not yet reporting -> elections.nytimes.com/2012/results/live-coverage/?smid=FB-nytimes&WT.mc_id=PO-E-FB-SM-LIN-LCO-110612-NYT-NA&WT.mc_ev=click and 270 electoral votes needed to win.
—